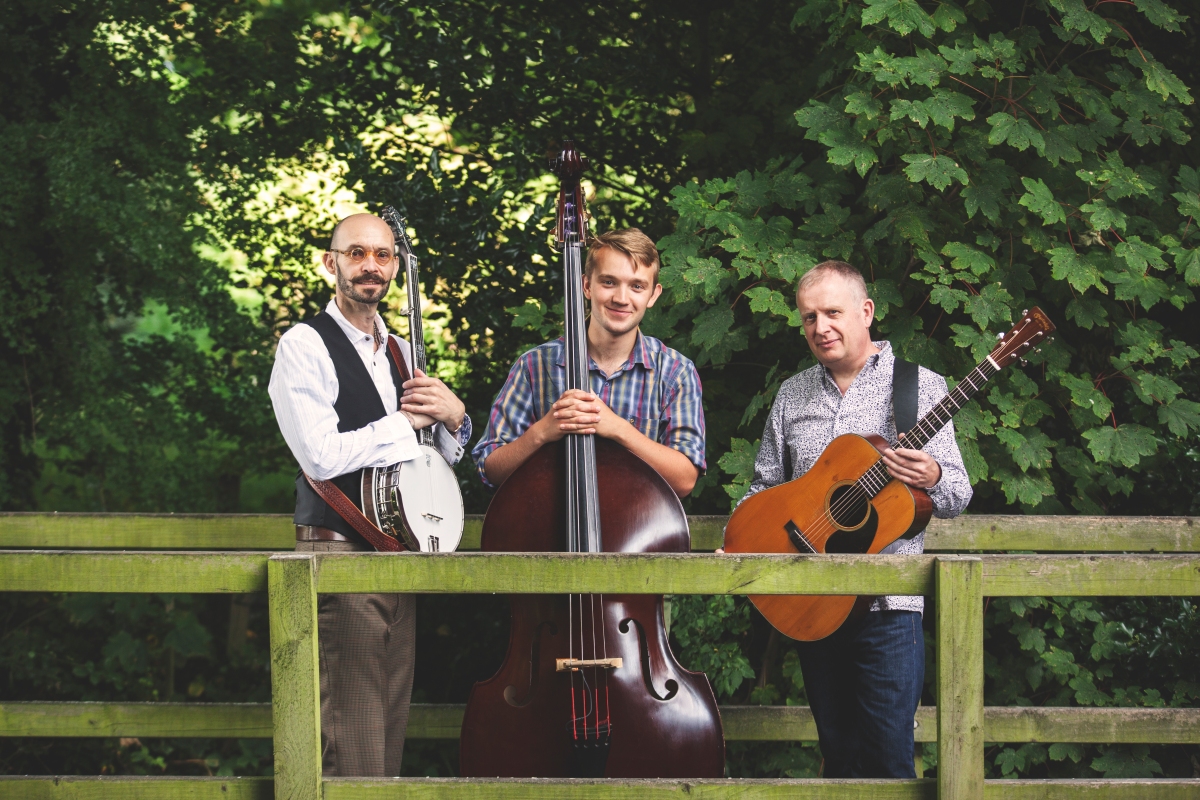 The trio hail from Norfolk and Lincolnshire, with a lineup of Howard Burton on banjo, Mark Jones on guitar and Asa Hardy-Brownlie on bass. The band first formed in 2017, though Howard and Mark have been making music together in various forms for around 25 years. In recent months, they’ve been building up momentum with gigs, festival appearances and media coverage including an interview with Bluegrass Today.

The band have gone for quality over quantity on this release, with each of the 5 tracks coming in at less than 3 minutes. But this is ample time for the group to show off their instrumental chops and tight vocal harmonies, putting their own spin on songs that have been performed by the likes of Bill Monroe, Patsy Cline and Jim and Jesse.

Old-style bluegrass is delivered in the form of Six White Horses, Them Blues is an upbeat toe-tapper, Seven Lonely Days offers a bluesy, early rock ‘n’ roll feel, while the vocal harmonies really shine on the melancholic If That’s The Way You Feel. The one instrumental track, Dixie Hoedown, gives the group a chance to showcase their technical skills, with some impressive banjo and guitar picking from Howard and Mark.

If you’d like to hear more, the album will be available to stream on all major platforms from September 19th. If you prefer your music in physical form, head on over to the band’s website where you can purchase the CD.